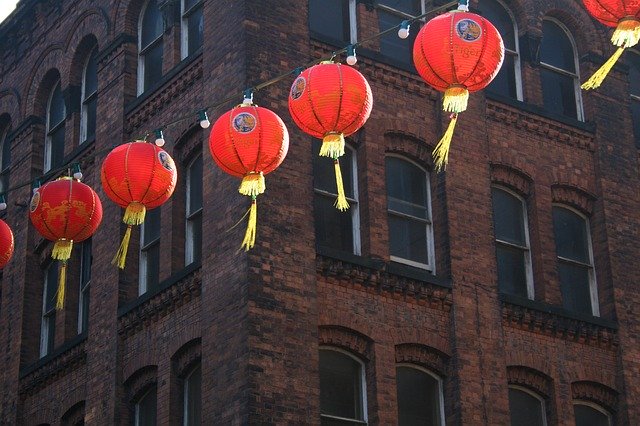 Chinatowns are loved by many people. They are very fun and colorful. There’s plenty of things to see and do there. They are a great way to get a taste of what China is really like without going to China. And almost every bigger city in the United States of America has a Chinatown of its own. But which ones are considered to be the best ones? And which Chinatown is the best Chinatown? We are here to find the answer to that question.

Washington D.C. is an amazing city. It’s the capital of the USA but its Chinatown is one of the smaller ones. The only reason why this Chinatown is known by many people is that it is in Washington D.C. It has a great location in the city, it is located basically in the center. Not many Chinese people live here, though. This is because, over the last few years, college grads have started to move to this part of town because it’s cheaper than the rest of the city yet it’s very close to everything they need. This doesn’t mean that the Chinatown vibe disappeared but it certainly isn’t completely there.

Boston is a city that is known for its Irish heritage but there’s a Chinatown in Boston too. Boston’s Chinatown is more of a Chinatown because 70% of people living there are Chinese. There’s plenty of Vietnamese people living there as well. It is located near Boston’s theater district and Tufts Medical Center. The restaurants here are usually very busy in the evening because people come here to eat before and after shows in Boston’s theater district. Here is where you’ll be able to try authentic Chinese and Vietnamese food. And people love coming here because it’s not very expensive. There’s also plenty of shops where you can buy anything you can and can’t imagine.

This list would be nothing if we didn’t mention the Chinatown in Los Angeles. This Chinatown is famous because the movie Chinatown was shot here in 1974.  It attracts plenty of tourists for many reasons – good food, a lot of fun things to see and do, a statue of Bruce Lee and Sun Yat-sen, a beautiful Wishing Well, a dragon mural and the main plaza with red lanterns.  This Chinatown truly is a small town inside of a bigger town. A fun thing about this Chinatown is that a very famous restaurant is located here and it’s not Chinese or even Asian at all. It is an Italian restaurant Little Joe’s. People come to the Los Angeles Chinatown to take pictures, eat good food and have a fun time outside.

Honolulu, Hawaii wouldn’t ever be your guess as one of the cities with an amazing Chinatown but it is. But because the weather in Hawaii is so nice and warm, this Chinatown has a South Chinese vibe to it, which is definitely not something you can see outside of China. This is a very old Chinatown too but a big fire started in the early 1900s and they had to rebuild it. A restaurant called Wo Fat is one of the most popular Chinese restaurants in Hawaii. But it’s currently closed. You can still see its facade but you can’t try its food. If you’re traveling to Hawaii, this Chinatown should be on your to-do list for sure. Spending some time here is only going to make your vacation even better than it already is.

Everybody knows that Chicago is one of the funniest cities in the country. And its Chinatown is no different. What sets this one apart from the others is the fact that it has great views of the city skyline. Here is where you are going to find a beautiful jade and yellow monument that was built in the style typical of imperial China. It’s called The Nine-Dragon Wall. This one is also very unique because it has a square decorated with statues of the 12 Chinese Zodiac animals. Lao Beijing and Lao Szechwan are two must-visit Chinese restaurants that serve amazing Chinese food. You can also get a massage here for a very small price. A trip to the Buddhist temple can also be a great learning experience for those who want to learn more about the culture and religion of China. Just be careful not to get too lost in the shops here. This Chinatown is definitely going to make you want to transport your household items with ease to Chicago and spend every day here.

New York City is famous for plenty of things and its Chinatown in Manhattan is just one of those things. This is one of the biggest Chinatowns in the world outside of China of course. Actually, New York has 9 Chinatowns but the one in Manhattan is the one that gets the most attention. Once you enter, you completely lose the feeling that you are still in the States. The music, the smells, the language. All these things combine together to create this amazing atmosphere which makes you confused and lost in space. Here is where you can find a couple of museums and theatres too as well as restaurants, shops, massages, spas, etc.

The first place goes to Chinatown in New York City for plenty of reasons. It’s big, loud and it smells delicious all the time. Visiting this part of Manhattan will make you feel like you went through a portal that leads directly to China which is something every Chinatown should be able to do. So, if you ever find yourself in New York, the Manhattan Chinatown is a must-visit.

Related Topics:best cities to live in
Up Next

Dubai Sightseeing Ideal Trip for 2020 you must visit

Fly from Singapore to Osaka Without Hassle Today