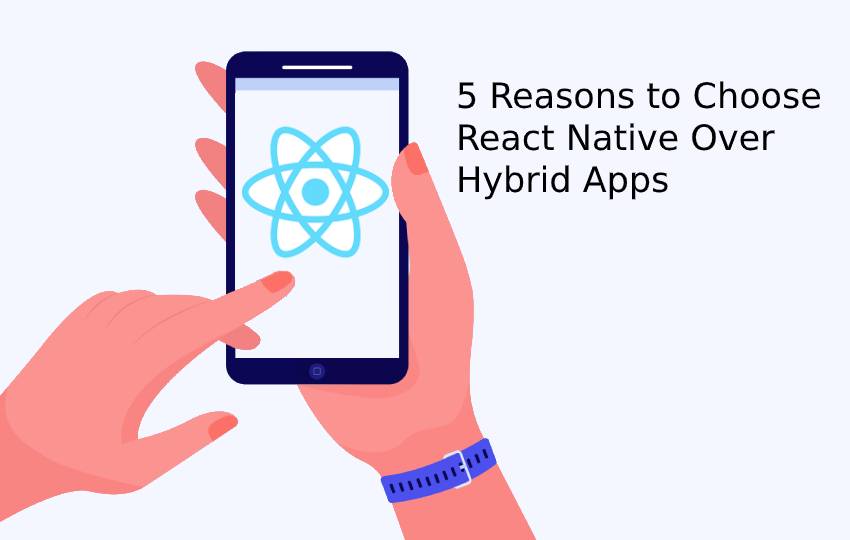 With the economic slowdown, businesses are trying to find new ways to effectively engage with their customers to reduce overheads and increase business goals.

In this aspect, Mobile Application is the most preferred choice for businesses to engage with their customers. But one question that every new startup has to face is whether to go for Native or Hybrid Mobile App development.

Both Native and Hybrid apps have their pros and cons which distinguishes them from each other. For example, Native apps provide great for carrying out complex processes while providing native UI and UX. Hybrid applications are built to quickly develop apps that do not necessarily utilize mobile’s hardware components like Cameras, GPS, Sensors, etc. and provide adequate performance for carrying out light-medium complex processes.

The fight between which is better amongst Hybrid App or Native App has no clear winner as both of them have their own merits and demerits. But in this fight, the cross-platform app development frameworks like React Native have provided a solution that overcomes demerits of both Hybrid and Native Apps.

While most of the apps built today are developed to execute on Android and iOS, the latest survey suggests that during the year 2020, 45% of apps developed were built to operate in devices with Android & iOS platforms with a single codebase. This shows that businesses are opting for cross-platform application development compared to native app development.

What is React Native?

Developed by Facebook in 2015, React Native is an open-source framework that utilizes the combined power of React and Javascript also known as JSX(JavaScript Expression) to create native apps in Android and iOS using a single codebase.

This enables developers and designers to provide a native interface and user experience in both iOS and Android by leveraging complex UI and component-based UI. As the same UI component can be used for iOS and Android, the task of a developer is reduced by half for a single component. This is a reason why the popularity of React Native has grown dramatically in recent years.

The concept sounds somewhat similar to Hybrid Apps, isn’t it?

To an extent, there are few similarities between the Hybrid apps and React native, let’s have a look at a detailed comparison between the two.

What is the difference between React Native and Hybrid Apps?

What are the pros and cons of hybrid mobile apps?

Hybrid apps were popular instantly when they hit the market. Here is a list of Pros and Cons attached to Hybrid mobile apps.

Development Cost: One of the main reasons for businesses opting for Hybrid Mobile App Development is cost association. It is almost 30% cheaper than the development cost of the native app.

Quick development: Developers do not have to create separate code for each platform, this saves developers a lot of time developing and testing the same application on multiple platforms. For businesses, it is the choice if they want quick mobile app development.

Better reach: Through hybrid apps, businesses can reach a wider audience as the app will not be limited to a single platform but work uniformly on all the platforms.

Easy Integration: Hybrid apps are present in the market for quite a time, this has resulted in the availability of almost any library required for carrying out your task. Recent updates in frameworks have made it possible to use mobile device components such as Bluetooth, Camera, and GPS easy to use.

Performance issues: Apps built with hybrid app frameworks often lack the level of performance offered by native apps. Hybrid apps have an additional layer between the platform and source code, which results in longer execution times and unsatisfactory performance.

Complex Debugging:  Due to the additional layer present in source code and platform, it takes a longer time to test and debug the hybrid app compared to a native app.

Limited Offline availability: To increase the performance of hybrid apps, data is usually stored in servers and not on local devices. This results in limited access to features while the user is not connected to the internet.

Inconsistency: When we talk about accessing hardware components, Hybrid apps do not provide consistent performance through all platforms because the plugins and libraries developed for hybrid apps become outdated if a major update is rolled out for a platform.

As listed, hybrid apps are not suitable if you are considering apps that provide blazing performance, seamless user experience, and uniform appearance through all platforms. These issues can be solved with React Native App.

What are the 5 reasons why you should create React Native apps in 2020?

According to Statista, React Native is the highest used cross-platform app development framework capturing 42% of total apps built for the years 2019 and 2020. Why has it become so popular amongst developers and businesses for developing a cross-platform app? Here are the reasons:

Cross-Platform and Native: This is one of the reasons why react-native gained so much of popularity, you have to build a single codebase in React which will be reformed to native code when deployed in a mobile device. You can target the most used platforms: Android and iOS with the same code.

Time and Cost saving: You do not have to hire dedicated developers for iOS and Android separately, a developer having experience of Javascript and React can build applications in React Native without much hassle. The fact that a single codebase will work for both the platforms, you are saving in development time which results in reduced mobile app development costs.

Stable and Easy to Maintain: After the launch of the React Native Hybrid Framework in 2015, it has undergone numerous updates that have made it stable than ever. Moreover, the shared codebase between multi-platform apps has made it easy for developers to debug, maintain, and add new features.

Blazing fast performance: Apps developed in react native framework translates to native code of respective platforms when deployed. As there is no extra layer that translates or takes care of tasks between the application and the Operating System, the resultant performance is faster than the hybrid app and as good as a native app. Thus, there is no performance lag or cap of React Native Hybrid Apps.

Large community support and numerous ready to use components: During the 5-year lifespan of React Native, it has gained substantial popularity within the development community due to its unique features. Today, there are thousands of developers who contribute to making this Hybrid App Development Framework better by adding new features.

There are plenty of ready to use components and libraries available for this framework with which you can implement a particular functionality with the same code across Android and iOS platforms.

As businesses are looking for cost-effective solutions to take their businesses to the next level, there is no denying of the fact that mobile application will be their choice of weapon. It is also vital to provide an outstanding user experience which not only makes the app accessible and convenient but also keeps attracting users to spend more time with the mobile application. Whatever your requirements might be: performance, reliability, cross-platform, moderate investment, quick build time, easy maintenance, etc. React Native App Development checks all the boxes. And it makes a perfect choice if you are looking for a mobile application development that is not going to fade away in the coming future but will tighten its grips over other mobile app development frameworks.