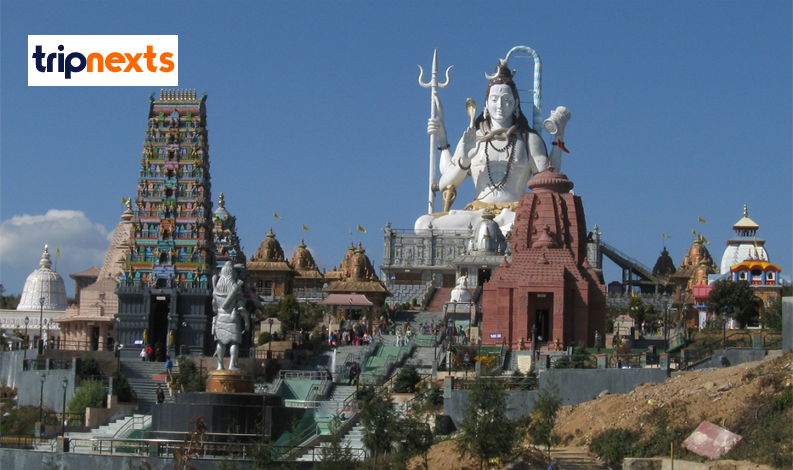 Have you ever experience a trip to Sikkim, if your answer is yes then how you feel traveling a long trip to Sikkim from your home town and exploring all the tourism place of Sikkim? Is it awesome! Wonderful! Memorable! Waiting for your answer! But let me tell about my trip to Sikkim for me Sikkim was unbelievable places which take me to the world of “Paradise”, the beauty of the state had its own charm that attracts lots of traveler form different state, town, city and from many other countries.

Sikkim a state that lies in the part of North East India renowned for its panoramic mountains, quaint villages, pristine scenery, five climatic zones, total sanitation, peaceful environment, hospitable, holy lakes ,vibrant Buddhist Monasteries, a holiday in Sikkim is sure to bring you close to nature providing you ample peace and solitude.

Other than the panoramic perfection of the snow-capped Himalayas, the heady scent of flower-bedecked meadows, the vibrant culture and colorful festivals, the infinite variety of its flora and fauna holiday that is at once delightful and challenging.

Another charm of Sikkim is Mt. Kanchenjunga which is the world third highest mountain, with magnificent snow and ice scenery it is often regarded as the undisputed monarch among the peaks of the world.

The state also shares its border with Nepal in the west and Bhutan in the east, with the Tibetan plateau rising from its northern border. Gangtok, the capital of Sikkim is situated at a height of over five thousand feet above sea level.

Its history takes you in the time of Chogyals King who ruled the entire kingdom of Sikkim till 1975.

Sikkim is a least populous state in the Indian union, the state is filled with the tribal people like Lepchas which was original inhabitants of the land called it Nye-mae-el which means paradise’, the Limbus named it Su Khim which means new house’ while to the Bhutias it was Beymul Demazong `the hidden valley of rice‘.

Sikkim is itself a nature gift carrying the entire destination and circuits for tourist, Nowadays Sikkim has put an impressive footprint when it comes in Tourism, the state has also a good law, free from pollution, also rich in culture, tradition heritage and had a strong unity among the society.

You can also check the best holiday tour packages for Sikkim which suits your pocket budget to this state with the best stay accommodation facility. One can also book customized Sikkim tour packages here at fewer prices.

Places that you can explore in Sikkim are like:

Gantok a capital city of Sikkim, lies in the Eastern Himalayas, it presents the alluring charm and uniqueness which attracts lots of tourism to visit these place. Gangtok is also called as the “land of Monasteries”. The state also gives a chance to explore the mesmerizing views of the soaring peaks of Mt. Kanchenjunga, fresh mountain air, picture postcard beauty, and salubrious climate.

Laying on the nature lap Nathu la covers a distance of around 55 km from Gangtok, Nathula is a trade line between China and India. From here one can explore the spectacular views of the snow-capped peaks of the Eastern Himalayas being an important military post of the Indian Army, special permissions need to be taken 24 hours in advance from the Army authorities in Gangtok. Also, the pass remains open only for a few specific days of the week.

A wonderful place surrounded by the green valleys, from Gangtok it covers the distance of 4 km, the Jhakri falls are an enchanting scenic site visited by many tourists. Enclosed within a beautifully landscaped park based on the Shamanistic theme and dotted with sculptures depicting the Jhakri culture. These falls will make your tour more enjoyable and remarkable.

Tsomgo Lake also called Changu lake, this lake offers crystal clear waters of the lake with the stunning backdrop of the snowy summits of the Himalayan peaks, offer great panoramic vistas. The lake gets completely frozen in winters, giving it an additional touch of artistic splendor. The Lake is the home of many migratory and exotic birds. In this Lake, one can enjoy the yak and pony ride which explores you the entire lake.

Another tourism places to visit Sikkim, Yuksom is the origin of several enthralling treks into the Himalayas or the magical Kanchenjunga. Yuksom is also known as the meeting place of three lamas’ this Sikkim’s village has recently started gaining tourism attention. Well, this is also the reason; you can expect pristine beauty and untouched nature in Yuksom.

Pelling lies at a distance of 115 km from Gangtok. Snow-covered peaks of Kanchenjunga range. One can have the best views of the Himalayas and the Kanchenjunga Peak and can experience the best of their Sikkim holidays. You can also explore with several waterfalls, breath-taking views, natural beauty and adventure options like rafting, kayaking, trekking, mountain biking, and several others.

Namchi located in the south of Sikkim that presents the awe-inspiring views of Darjeeling and Kalimpong in West Bengal. Namchi is gradually taking up as a major tourist destination in Sikkim, One can also visit the thrilling places in Namchi like Samdrupste Hill, Solophok, Char Dham, Temi Tea Estate, this all the destination will make your tour more Interesting and amazing.

Another best tourist spot to visit in North Sikkim. Lachen means big pass, situated at an altitude of 2750 mt is a stunningly beautiful & peaceful place renowned for its sacred Gurudongmar Lake and century-old Lachen Monastery dominating the village.

Lachung means small pass, is a beautiful hill station in Northeast Sikkim in North Sikkim District with an altitude of 2900mt (9600 ft). Before the Chinese occupation, Lachung was a trading post between Sikkim & Tibet.

Dzongu is the untouched protected area for Lepchas, the original people of Sikkim. It has been recently opened up their homes to visitors who love nature.

Ravangla is the best tourist spot in Sikkim, it is best for the bird watcher; nestled amidst the Maenam and Tendong Hills, Ravangla is among the best places to visit in Sikkim especially in the southern part of the state. A scenic town between Gangtok and Pelling, this hill-town also hosts some of the most popular treks in Sikkim.

Why visiting Bali should be in your Bucket list?

Tripnexts a name given to our one of the online booking travel and tour company in Kalimpong. A company formed by “Phurba Sherpa” with over many tested and finalized experience, we specialized in providing the best quality tour services for our travel junkies.