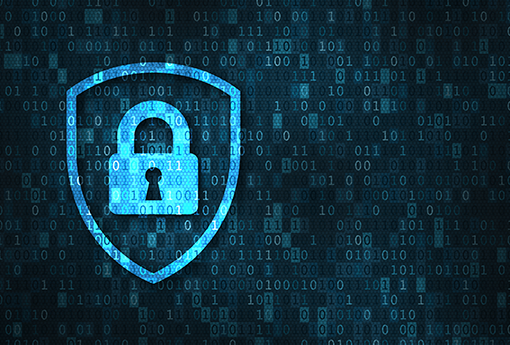 Digital world has undergone proliferation with the boom in internet. Digitalization has brought the use of technology from the realm of computers to the real world. The need for internet, storage and security systems at present is indispensable. In a world of slit-throat competition among tech giants cheap cloud hosting services are cheaper than ever. Almost all aspects of technology, that once cost arms and legs, are now affordable. The only downside of life-simplifying computer world is the threat it owns to data security.

Though computer systems were conceptualized more than 2 centuries ago, revolutionary ideas like Artificial Intelligence (AI) is still in its infancy.  A few cyber experts term AI as ‘kids of technology’ while some plainly define it as a system with the capability to learn on its own. AI is a valuable corporate asset which even at its developing stage has its effects already tangible.

The relation between AI and data security is profound. Cyber protectors look upon these systems as a means to enhance data security.

If we can collaborate AI rightly with data security, it can prove to be a boon to cyber security. In this article you will read how we can incorporate our intelligence systems with data security systems to obtain a well reputed Intelligent Security Systems.

While walking home from work yesterday, Joe was almost run over by a car. Luckily, he correctly anticipated the direction in which the driver steered his uncontrollable car and avoided the otherwise-sure mishappening.

The present systems detect threats only under the case of an attack. Imagine your computer systems being smart enough to be able to pull out things like Joe. The outcomes of achieving this will be revolutionizing. Artificially Intelligent systems now have the capability to predict threats even before they are deployed, making it easier to deal with.

With AI systems it will become easier to identify deviation of data packets (transmitted in a connection) from its predetermined path. The systems will be intelligent enough to know the cause, possible outcome, and prevention of such data deviations.

AI systems have a lot of potential ready to be unleashed. AI can make it easier to detect all possible intrusions to your local server. We can effectively monitor the flow of data to workstations connected to the server with AI systems. Any unauthorized, suspicious access or activities that demand non-requisite data privilege can be brought to notice and can be dealt immediately. With its ability to learn, these systems will be smart enough to know the plausible consequences of predicted data theft. Artificial Intelligence combined with experienced learning effectively can not only enhance the data security but will also unlock a range of possibilities to avoid the same in future as well.

This could be an award winning implementation of Artificial Intelligence systems. The problem prevailing while logging in to your data servers with cheap cloud hosting is that the security can be compromised.  Captchas, One-time-passwords (OTPs) have reduced the scope of unauthorized login but haven’t eradicated the possibility of the same.

One of the interesting applications of Artificial Intelligence is the conversational realm. These intelligent systems now have the capability to ‘Interact with Humans Just like a Human’. Many experts are of the opinion that AIs may add an enhanced level of security while logging in to your accounts.

One or more devices on a network could be behaving strangely. Monitoring behaviour can help prevent possible break-ins to a system. Each device has its own unique behaviour.

For example: An AI system working in your home will soon enough learn that the lights normally remain turned on past 7 PM. By monitoring the lights’ behavioral characteristics regularly it can help bring out the possibility of any short circuit/power failure and suggest correct measures on days when lights are not on.

Artificially intelligent system can track devices connected on a network and monitor their behaviour. Devices that deviate from their usual behavior (like lights in the above example) are specifically monitored and any associated exception is then eliminated with ease.

The Downside of AI as Security Enforcer

Many companies look forward to outsmarting hackers with artificial intelligence systems. The downside of using AI, like any other technological cliché, is that it will also be available to those who intent to misuse it.

Technology that can be used as an armour can also be used a weapon. Hackers, in fact, have already started to weaponize the potential of AI. Scammer can pull worse scams with their own programmed AI systems. Artificially intelligent systems will not only make security robust, but will also make hackers more technically advanced. Cyber experts do not rule out the probability of existence of technically bad AI systems. Bad intelligent systems springing into action will instate a probable AI-Clash that most people fear. The better and efficiently coded intelligence systems (good or bad) will pwn its counterpart.

Whether AI systems will nurture our data privacy or nuke it can only be deciphered with time. But with the existing technologies if AI can be rightly incorporated into cyber security it will prove to be revolutionizing.

Nishant is a content writer by hobby and fortunately also by his profession. A state level tennis player, Nishant has written short stories, poems, and snippets for a number of blogs (including his own). Cloud Computing, dedicated server hosting, and Cyber Security are Nishant’s forte. When he is not writing he is either sleeping or playing tennis.