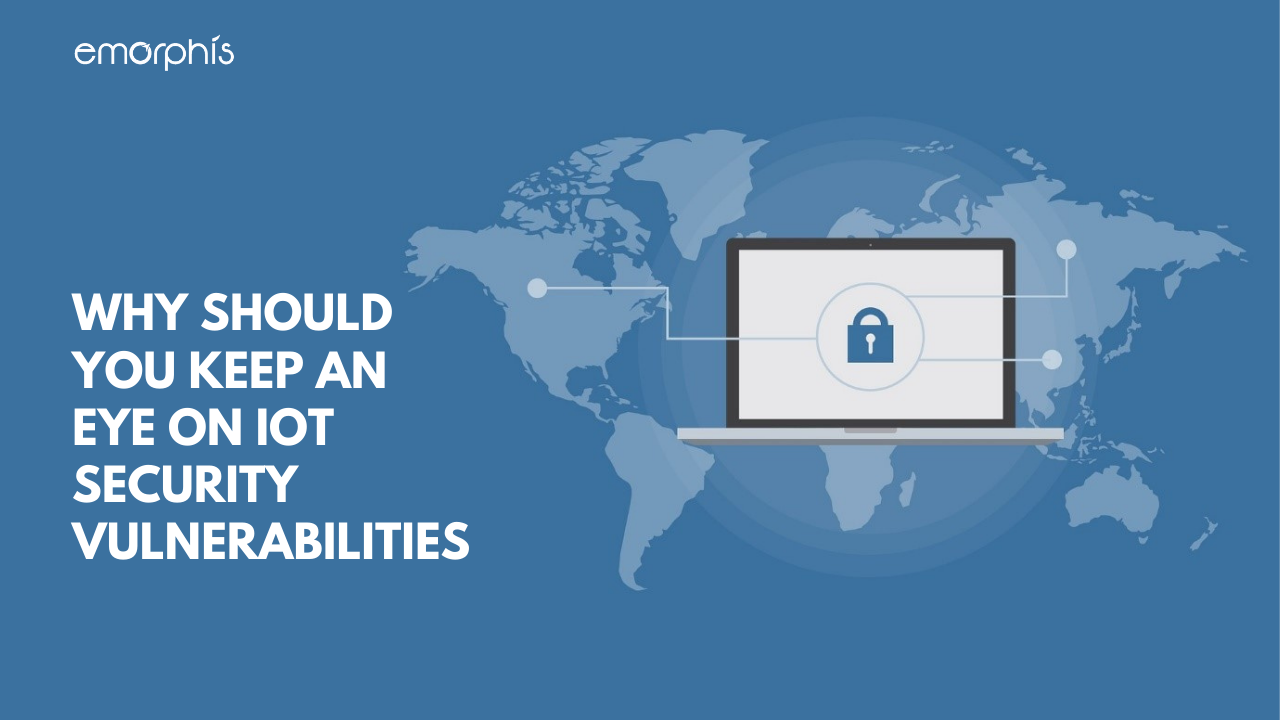 Ever heard about a thrilling phenomenon called the “Star Trek” effect? If the answer is no, then listen to it? It was a popular television series in the USA that was aired in the late 60’s and still has a large fan follower. It shows cool, imaginary, and future-based advanced technology that has prompted every technologist to make it true. Though they have succeeded, yet they also get surrounded by several vulnerabilities especially, related to their security.

Fast forward to today and see the global wonder of the continuous rise of the Internet of Things (IoT). IoT app solution has created an aura of an inter-connected world where everything ranging from coffee-makers, cars, and smart homes are connected with the internet. Just like the Star Trek series, all were imaginary. But now, they have become reality.

Furthermore, even in the corporate setting, one can view automatic adjustment of the temperature in the office, the presence of smart doorbells to broadcast visitors, and even vending machines that send alerts about refilling it.

Even though all the above-given aspects are convenient and innovative, but they come at a cost: security vulnerabilities. Still, puzzled? Then check the recent report of Microsoft about IoT that shows that 97% of the enterprises opting for IoT have risen concerned about its security.

But why they are concerned, and what things are creating a sense of fear in their mind? The answer is that multiple existing and new threats are looming as the popularity of IoT devices has also created opportunities for cyber-criminals. They work secretly and make our work harder to identify it. Until we have recognized it, it has become too late.

So, make one thing clear: ’The Danger is definitely in Existence!’

What is IoT Security?

Before moving forward, one must understand IoT security. It is a technology that concerns about safeguarding the interconnected networks and devices in IoT. Though every business can’t protect every IoT attacks, they can be at least proactive in securing the valuable data from online intruders. However, not everyone understands it.

There is a notable example that took place in 2016 (in the whole of USA & Western Europe). It was one of the worst cyber-security attacks. Why? It is because a weak spot was identified by the hackers via a security camera model.

Moreover, the hacker took the help of IoT app development tools to exploit the recently found flaws and launched a massive attack on various digital media (or platforms). Some of them such as Twitter were unable to operate for a couple of hours. In such a manner, there was a malware attack that also affected other IoT devise and resulted in severe damage to the reputation of IoT.

Thus, IoT vulnerabilities are too serious to let them ignore. So, it will be in the favor of IoT application development companies to flush out these defects, instead of just keeping eyes on them.

Numerous reasons have made IoT devices look weak against online intruders. Some of them are as follows:

I.            Presence of High Vulnerability even among Simplest Inter-Connected Devices

With the increasing advancement of the technologies, IoT devices have found usage in diverse sectors that has also made them more susceptible to attack from online intruders. Why is it happening? It is because even a connected device that has been seen in a simple form can offer potential gateways for hackers to attack and get access to private data in the best possible manner.

What’s more, another disheartening report indicated that 80% of the world’s data are saved on private servers. It shows that it offers a perfect opportunity for hackers to attack and extract out crucial information, much to the chagrin of companies worldwide.

The major factor that makes IoT devices susceptible to cyber-attack is due to constant usage of websites, API, mobile and insecure cloud interfaces. The given fact, in turn, results in compromising the safety of the devices and makes them more prone to online attacks.

What are the factors behind the presence of interfaces that are not much secured? The answer lies in the fact that numerous issues affect the working of an IoT ecosystem and includes weak encryption, lack of proper authorization of the system, and absence of filtering (both input and output) that affects its efficiency to a greater extent.

IoT devices have to pass a long way to become supreme commanders in offering the best online services. Why? It is because of the lacking of capacity to update the devices securely. It also includes a lack of secure delivery, absence of firmware validation on the IoT devices, lack of mechanism (anti-rollback), and not giving timely notification about security changes.

It has become a never-ending issue for most of the IoT applications as most of the enterprises neglect the updating feature, and thus compromising the future of these devices. Besides, keeping the given technological issue aside, sometimes the physical location of the IoT devices also makes the procedure of updating (that includes repair and replacement) a challenging tact.

The poor credentials in the form of simple and reused passwords still possess a big issue for the IoT industry. Though cybersecurity experts have provided ample rules for every internet user about preferring original and complex passwords, still, people use comfortable and easy passwords.

What does it imply? It states that choosing an easy combination may be an easy choice for the people, but sadly, it also assist hackers in making a perfect guess to the password with great ease. So, even if IoT app development is gaining significant momentum and Io devices are available at an affordable price, there is no excuse for leaving a gap for such a lazy act.

Do you know that most of the attackers using IoT technology do it through malware? If no, then listen to the disturbing fact! Many IoT experts have revealed that the given technology is most vulnerable when faced with malware attacks.

In this way, hackers find it easy to get access to essential private data. Some of the malware attacks are as follows:

Securing IoT Network is a Challenge

The chief reason to design IoT technology is to provide a platform for a better interconnection between devices to a network. But in doing such a thing, the developers tend to ignore the security threat arriving with its easy usage.

So, the manufacturers must take these security issues into account and find an effective way to make IoT devices more secure and easy to use by both companies and customers.

It is an ongoing process and until not achieved, it will not be possible to make IoT devices the powerful technology ruling the digital world!

Related Topics:iot app development
Up Next

Emorphis Technologies is a world class software development and solutions company which truly believes in “Innovation in motion”. Delivery innovation on the go at accelerated pace has been our success mantra till date. Over the years we have provided value to our clients in the field of enterprise mobility, cloud, IoT, backend development, Big Data Analytics, and Salesforce. We serve industries ranging from unicorns, and startups to large multinationals in the healthcare, telecommunications, fintech, retail and publishing industry. We help our client in successful product development, consulting services and testing (manual & automated).