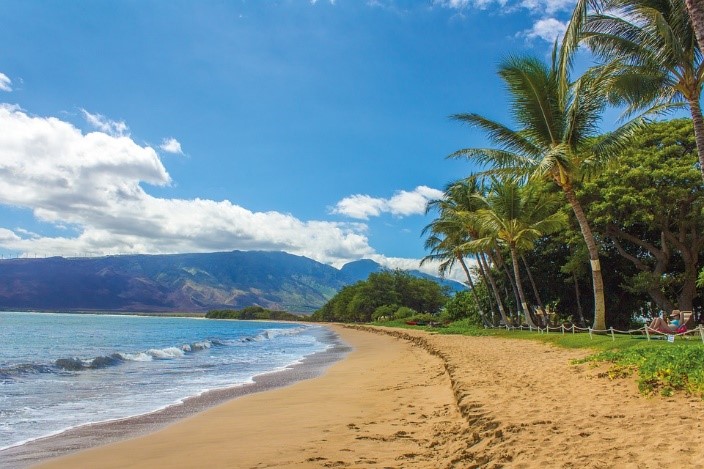 Are you tired of all the cold weather and layers upon layers of clothes you need to wear? Do you want to live in constant warm weather, and never talk about it again? In Britain, people always complain about the weather. That is because it varies often. In places where sunshine reigns eternal, you will not utter another word about the weather, only maybe sometimes in a positive manner! So, now it is time to decide where is that sunshine bathed place that you have always dreamed of. There are many options, but we will reduce the choice to two best places. The places we are talking about are Florida and Hawaii. Both offer so much in terms of having a nice life. In this article, we will talk about the differences and similarities between the two. Let’s dive in!

Florida is known as the Sunshine State, and we are pretty sure you know why. Many people choose to go on vacation to Florida, or even move to live there. When it comes to whether it has a subtropical climate. This means sunny and long days most of the year with very mild winters. However, in the northern parts of Florida, the winter is a bit harsher. Nothing extreme though. There is rain here and there but they are those “summer rains” and rarely last longer than 45 minutes.

There are very many beach cities and towns in Florida to choose from. If you want big city life, then you should consider living in Miami or Tampa. Orlando is also on the list. Many smaller towns where people regularly go on vacation are also a good place to live. Small communities and quiet streets are very attractive for some people. Whichever you choose, you will not regret it.

If you are a fan of recreation, Florida is filled with options. Other than beaches there are many rivers, lakes and areas that remind of jungles. There are also many activities including water such as kayaking, fishing, and paddle boarding. There is also Disneyland for all you fairytale lovers. Disneyland also offers a lot of jobs and makes Florida a good place for job hunting.

Florida is one of the cheaper places to live in the United States of America. The average is a bit higher than the average in America, but that is mostly because of the bigger cities and some elite beach towns costing more. All kinds of people decide to live in Florida just because of everything it has to offer. Even if you want to live in a metropolitan area, there are neighbourhoods that have lower rent costs and are affordable. Florida is a place where anyone can find accommodation whatever your budget is.

Most big cities in Florida have universities, such as Miami, Orlando, Gainesville, and Tallahassee. They offer many scholarships which can help students have a very nice and sunny college experience. The campuses are well equipped and most universities and schools have their own football and basketball teams. This is great for all you sports enthusiasts out there.

However, in order to get around Florida, you will need a car. The roads are excellent and you will have no trouble getting around.

Hawaii is one of those places everyone had once dreamed of visiting. And what is better than visiting Hawaii? Moving to Hawaii! An island state where everything seems tranquil and easy. You are surrounded by the biggest ocean on the planet which seems like a scary thing. But you will soon realize that being separated from the rest of the world can be a good thing. Another fun fact about Hawaii is that it is the melting pot of cultures. Other than the Hawaii natives, there are people from all over the world, and you will get a feel of a lot of cultures just by being on the same island.

Choosing where to live

There are a couple of islands in Hawaii, but Oahu, Maui, and the Big Island are the most populated ones. Especially Oahu. Oahu is maybe the best place you can move to in Hawaii. Oahu is where Honolulu is situated and that is the biggest town in the state. There are many job opportunities here, and many cultural landmarks of all cultures alongside with that metropolitan feel.

The island of Maui is a bit larger than Oahu. However, it is much less populated which makes it the perfect place for everyone who wants to avoid the city rush, and enjoys some peace and quiet. There are a couple of nice and quiet cities in Maui such as Lahaina and Wailea. If you want to move to Lahaina, there are a lot of Lahaina based moving experts who can help you with the endeavour.

This is the sight you will wake up to every morning in Hawaii!

Moving overseas can be hard logistically. That is why you need a reliable overseas moving company. If you want to move to Wailea there are a lot of Wailea movers that can conduct your move smoothly. Both Lahaina and Wailea are small cities where you can relax and enjoy a quiet life.

The Big Island is, as the name suggests, the biggest island in the Hawaii archipelago. It is similar to Maui concerning population density, and most jobs are tourism based, but there are also agricultural and civil rights jobs.

The education system in Hawaii is not that great, and many people recommend private schools. This is because of the crime rate in bigger cities, and poorly equipped schools. However, many people are satisfied with the amount of knowledge their children are getting, so that shouldn’t  be much of a problem

Have you decided where you want to move? Look at the pros and cons of both and make your decision. Both are sunshine states with great communities and a big variety of cultures. Whichever you choose, you will not get it wrong. Good luck with making a decision, and your move!

Reasons Why Living Like a Spartan Will Improve Your Life

Car Accidents: How to Handle Them Effectively

How to Make the Most of Your Beach-Front Property

Technologies That Make Modern Cars a Joy to Drive

4 Things to Consider When Buying an Apartment Building