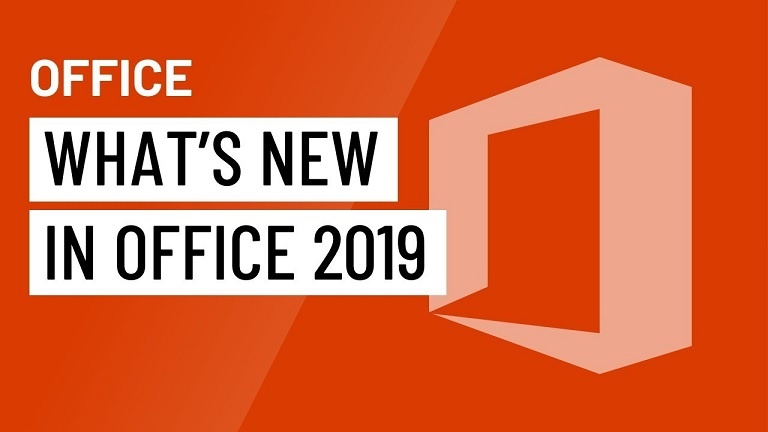 Plans for Office 2019 were officially announced all the way back in September 2017 at Microsoft’s annual conference for developers and IT experts which is known as Microsoft Ignite. Following their past trend of releasing every new Microsoft Office version in the latter half of the year, Office 2019 will also be released in the second half of this year.

Right now, the planned release date for Office 2019 is October 1st, 2018 and if everything goes as planned, you can rest assured that Microsoft will indeed release the new Office on Oct 1st.

What’s the difference between Office 365 and Office 2019?

Since 2011, Microsoft has been offering two different kinds of Microsoft Office versions at the same time; a subscription-based version and a one-time purchase version. The subscription based version is called Office 365; it’s completely cloud based and hence, offers a lot more collaborative and productivity tools.

>As Office 365 is cloud-based and requires subscription, Microsoft keeps updating and improving it. Office 365 can do it all; from PDF editing to complex mathematical formulae, it can handle everything you throw at it. In short, Office 365 is here to stay; Microsoft won’t replace it with a new cloud based Office version every three years.

Technology-wise, cloud based services are the future. And, from the business point of view, cloud-based Office brings in more revenue as compared to the downloadable version. It is because of these two reasons why Microsoft introduced Office 365.

But, Microsoft also realizes that it’s not possible for everyone to move to their cloud-based Office alternative. And hence, Microsoft continues to introduce a new Office version every three years that can be purchased and downloaded.

Features Office 2019 is bringing with it

Thanks to Microsoft’s Commercial Preview scheme, there is a preview of Office 2019 available right now, but only commercial and licensed customers are eligible for it. If you want to qualify for this preview then, your business has to be registered with Microsoft Collaborate. For the rest of us, we will just have to wait till October 1st to find out exactly what Office 2019 is bringing.

The good news is, even if we can’t get our hand on the Office 2019 preview, we can still go through what the rumor mill has been churning out and then filter out what reliable sources and scoopers are reporting about the Office 2019.  Here are few features that they believe the new version of Office will be bringing;

Those days are gone when being able to edit PDF files without putting them through a PDF in Word konvertieren first was big news. Microsoft has to show serious improvements now and, if there is one category where Microsoft has not shown any big innovations in the past few years, it’s presentations.

With alternatives like Google Sheets and Prezi available, more and more Office users have started questioning PowerPoint’s importance. One rumor that the rumor mill keeps churning out is that Microsoft will finally address this issue this time around by introducing some modern presentation tools in the updated PowerPoint.

One of the most talked-about features that Microsoft is rumored to add to the new PowerPoint are the morph and zoom capabilities that will enable users to create more complex and sophistication presentations.

With each update, Microsoft seems to be able to find a way to further improve Excel and Office 2019 will be following that tradition. In Office 2019, expect Excel to be able to handle new formulae, new charts (rumors say 2D maps and funnel charts) and publish directly from Excel 2019 to PowerBI (Microsoft’s business analytics app).

Reliable sources also seem to believe that both, PowerQuery and PowerPivot will also see some improvements. In short, if Excel is your favourite Office app, Office 2019 will be a must-have for you.

If you have ever drawn with a stylus in any Microsoft Office app, you will know that there are some core features that Microsoft needs to add immediately. The good news is, Microsoft heard you. With Office 2019, apps will have pressure sensitivity and tilt effects, thanks to which, you can adjust ink’s thickness by adjusting the angle you are holding the stylus at.

Moreover, there will also be a roaming pencil case which will allow you to save all your most-used pens, pencils and highlighters which you can then use across different devices.

The outlook is a full-fledged member of the Office family now and if Office is getting an update, it’s only fair that Outlook gets an update as well. Here are a few updates that Outlook app will be getting; improve contact cards, @mentions, Office 365 Groups, improved and focus inbox and, travel package cards.

With Microsoft Office 2019 release only a month away, the rumor mill is running a full capacity and there are all sorts of rumors about Office 2019. The features we mentioned were only a handful of the most reported ones. Come October 1st, the world will know exactly what new features the new Office is offering.

How OMR software outsmart other methods for conducting surveys?

SOME UNKNOWN TECHNIQUE TO INCREASE YOUR BATTERY BACKUP