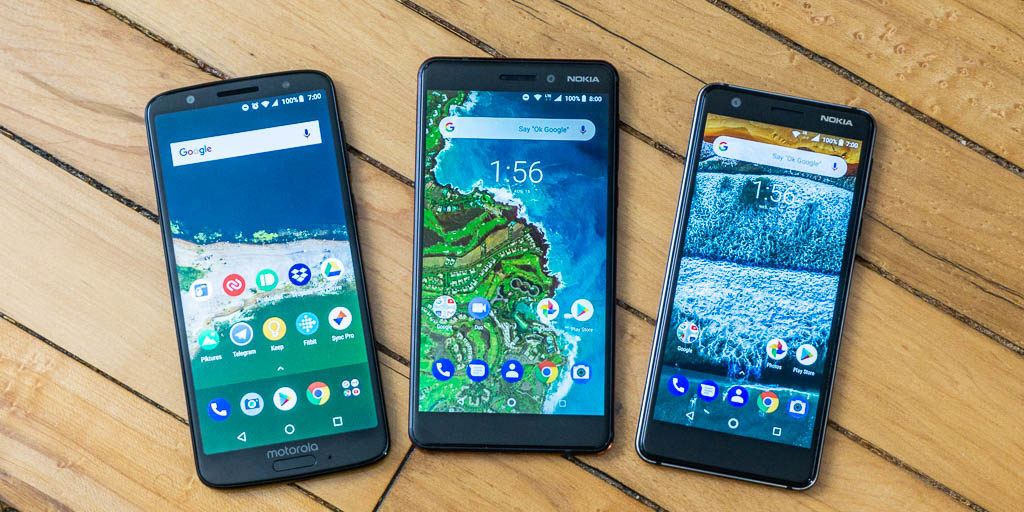 In this modern age, almost everyone needs a smartphone. Smartphones can be used for both entertainment, and work but buying a smartphone is also a difficult task, as you can’t decide easily which smartphone is best in both features and budget. Everybody wants to buy a smartphone with high specifications and features. But, at the same time, we have to consider the budget. It’s not necessary to put a lot of money to buy a phone with your desirable features and specs. There are a lot of cost-effective android devices with higher specifications.

If you are worried about buying a smartphone in a low budget, you don’t need to worry. You are at the right place. There are a lot of android phones which offers you excellent features and are also economic. Buying a phone is easy, but deciding which one to buy is a difficult task. We have enlisted here the best android phones with a low budget and great hardware and camera specifications.

Realme 3 is one of the best mobile phones you can get at a low price. Realme 3 was launched recently in March 2019 and became popular in no time. If we talk about its appearance, it’s front view is similar to Samsung Galaxy A10. Its backside attracts you due to its gradient black color having dual cameras that are of 2 MP and 13 MP. It has a 13 MP front selfie camera with HDR. If we talk about its battery timing, it has a 4230 mAh battery that can last for two days. It has a 32 GB internal memory and a 3 GB RAM. These are not the only features it also contains a fingerprint sensor at the backside. You can this phone only in RS 22,999. We can say that it is the best phone in this price range and also because of its amazing features.

After launching the Samsung Galaxy A10, we can say that Samsung has understood the fact that launching cheaper phones is too strong to resist in the market. Samsung Galaxy A10 was launched in March 2019. Galaxy A10, a 13 MP rear camera and a 5 MP front camera. It doesn’t contain a fingerprint lock feature, but face lock is available in this phone.  If we talk about its battery, it contains a 3400 mAh battery, which can last for more than one day. Its operating system is a recent android version, Android 9.0 (pie). If we talk about memory, it has an internal memory of 32 GB and a 2 GB RAM. You can buy this phone in only 21,999 Rs. To put in a nutshell, it is a reasonable and decent android phone in this price range.

Like Samsung galaxy A10, and Realme 3, Oppo A5s was also launched in March of this year. Oppo A5s has a lot of excellent features. It contains a 13 MP primary camera with a 2 MP depth sensor and an 8MP secondary camera with portrait modes also. It has a 32 GB internal memory with a 3 to 4B RAM. Like Realme 3, Oppo A5s also has a fingerprint sensor along with a face look feature. Oppo A5s is available in four colors, green, black, golden, and Red. Conclusively, Oppo A5s is an economic phone to buy with a lot of good features.

After launching of various Realme models, in September 2019, Realme 5 was launched. After noticing its specifications, it is the best android phone in its price. It has excellent specifications like other famous mobile brands but it is much cheaper in price. If we talk about its display, it comes with a 6.3 inches LCD with the protection of Gorilla glass 3+. It comes in an elegant crystal blue or green color. It has 64 internal memory with 6 GB RAM.  You can get this wondrous android phone in 37,999 RS only.

Like Samsung galaxy A10, Samsung has also launched A20. Samsung A20 has a super Amoles touch screen. It was launched recently in April 2019. Samsung Galaxy A20 is currently running on Android 9.0. It contains a 4000 mAh battery. This phone is available in 2 colors, blue and black. It has an internal memory of 32 GB memory and a RAM of 3 GB. It has 13 MP primary and 8 MP secondary camera. Samsung Galaxy A20 also has a fingerprint sensor and a face lock. It is an amazing and elegant device at such an affordable price.

Infix is a famous smartphone brand in the east but, now, it’s also getting popularity in Pakistan. By launching an affordable smartphone like, infinix Hot S3, infinix had made a place in Pakistan. Hot S3 has a 4000 mAh battery, which can last for at least 1 day. It has a 13 MP rear camera and a 20 MP front camera with dual flashlight. It also has amazing features like Fingerprint scanning, and Face ID. It has a 32 GB internal memory, and a 3 GB RAM. If you want to use a smartphone with a competitive feature, then this is for you. You can get this amazing phone in 2000 RS only.

Nokia has made a comeback in the mobile world by launching its android series. Nokia 6.1 is one of an astonishing smartphone by Nokia. It has a 3060 mAh battery. It has a 16 Mp primary camera with 2.2 depth factor and a 16 MP secondary camera. It has a 5.8 inches LCD. Nokia 6.1 is available in three colors, black, blue, and white. It has a 64 GB internal memory and a 4 GB RAM. Like other competitive phones, it also has a fingerprint sensor. You can get this phone in only 2900 PKR. We can say that it is one of the best cost-effective phones with several exciting features.

The above-mentioned devices are the best android phones of the year that are cost-effective. Now it depends on you which one you like. So hurry up and change your phone with these cost effective android phones and live in style.

Related Topics:best android phones
Up Next

Heard of Encryption Algorithms for IoT? Here are the Top 5!