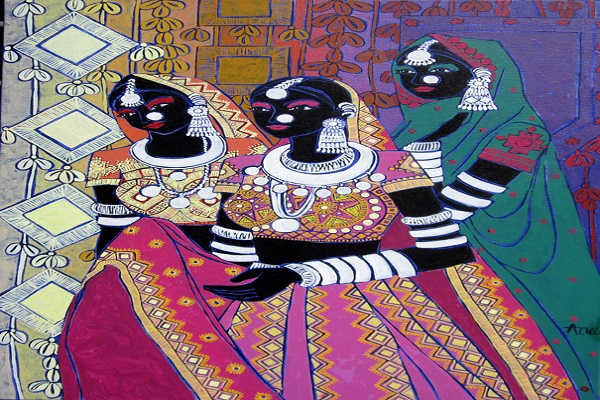 Art has been an inspiration for great minds since the beginning of the human era. The greatest thinkers, philosophers, entrepreneurs, sportsperson, politician; all used to get the spur of creativity from the art pieces. Even Adolf Hitler was a painter, initially. Art and its essence have always incited the finest brains of human civilization.

For centuries, humans used to pour out their imagination on wall caves and stones. Several frescos and wall paintings are examples of the existence of art even when electricity and technology weren’t invented. Then came the era of modernization and artists slowly invented brushes, canvases, and inorganic colors. The introduction of oil paints to the art world has been a real game-changer.

Industrial revolution ranged the bell of transformation from where the entire conceptualization and the source of art began to transit. But before all this modernization, artists, for centuries stick to the concept of figurative.

Figurative art means the representation of a real-life subject onto the canvas or other mediums. This subject can be humans too. Several depictions of Gods and Goddesses on temples, Churches, and other religious architectures that are ancient show that figurative art dominated the entire world from China to India, from America to Russia, and from Egypt to Australia for a long time.

Art is a form of expression. This expression is of an artist. If we simply forget the modernism and contemporary time period, representation of an object with exquisite details and sheer aesthetics used to be the bottom-line of art. Figurative was popular, it inspired artists to utilize their skill and passion to bring life through colors.

The entire concept revolved around imitating the real-life events, experiences, objects, people, etc, on the canvas or cloth or wall or any medium. But, what was the purpose?

To understand this, you must see the folk art forms of India. There are several types of paintings that existed and each one of the art forms is inspired by figurative to the core. Even if the artists have imagined the deities, the representation was done in the human form. This was done just to make people understand the complexity and the sophistication of Gods. When people see something familiar, our mind works at a much faster speed. On the other hand, if we see an abstract painting where the subject doesn’t compliment the real world objects, our brain takes more time and sometimes even reject the art.

Hence, our human civilization, taking one step at a time, started with figurative. For hundreds of years, artists kept on improvising the figurative paintings on the basis of their understanding.

Industrial revolution turned the tide of conventional and academic-backed art forms. Artists were now more interested in getting out of the defined laws of art and make something out of themselves. The middle class was born and people were more interested in knowing why the artworks are only available for the riches and the elites.

Eventually, Impressionism was the first of the many attempts from modern artists to shift slowly but steadily away from figurative art. Even though the art was changing and abstraction and other modern forms started to shape their existence, the dominance of figurative was never shunned completely.

During the rise of abstractionism, artists started experimenting with different techniques to bring out something unique and fresh, something that was never done before. It was an era of newness and art was evolving. Along with this, figurative art was also evolving. Many modern era artists like Picasso and Pollock, at the time, started using figurative subject and blend it with the abstraction techniques.

In India, after 1947, a wave of modernism and nationalism hit the artists’ community that was focused to create a unique image of Indian art as a whole. Even then, figuratively was the favorite subject line for many artists.

Indian artists like Amrita Sher-Gil and Raja Ravi Varma were the main promoters of figurative. The portraits of Varma and Amrita stirred the western community making these two the very first of Indian artists to win global recognition and fame even when India was under the British colonial rule.

It won’t be wrong to say that the beautiful paintings of every time-frame were and are still hugely carried away by the figurative itself. You can still find the touch of figurative form, even in the abstract and contemporary paintings.

The rising lionization of Art Prints