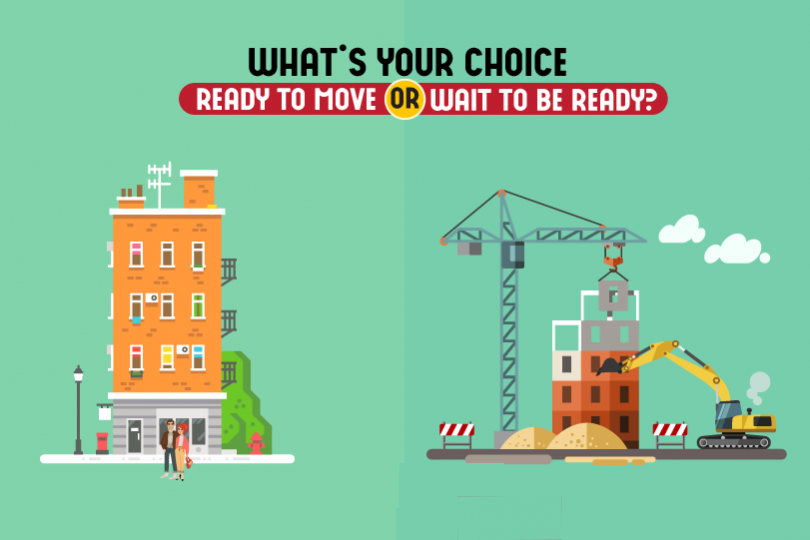 The demand for real estate and especially flats had been sluggish because of severe and somewhat adverse regulatory oversight. Apart from that, the stagnant prices, as well as low sales, have made people think that real estate is not a viable option. The bursting of the real estate bubble of ’07-08 that started in the USA and spread all over the world had a say in it too. Some experts opine that we are yet to recover from some of the effects of that crisis. People’s trust in real estate has taken a hit. Added to this is the cost of investment required for purchasing a house while there is no significant capital appreciation in the market for the investment-led people to shy away from investment. This, in turn, has affected property builders and developers who are reluctant to start new ventures.

This means that when ready-to-move-in houses are offered at a cost premium of 15-20 per cent above houses under constructions, buyers are likelier to go for the former because it saves them real money in terms of capital stuck in the projects for handing over at a later time. Apart from this, there is also the question of rent. The opportunity cost of putting funds in there that don’t yield any revenue until the house is handed over is huge and often, undesirable. Apart from this, the prospective owners of houses under construction would have to keep paying EMIs while not having any potential source of income to offset that payout. They would also have to keep paying the rent or maintenance cost of wherever they are currently living- houses that could have generated income in the form of rent had they taken a ready-to-move-in house. This is not talking about the potential tax-saving that you could’ve done while repaying your house loan.

The provisions in the new real estate bill make the property builder ensure that the property under construction has to be completed within a certain timeframe. This means there is a jump in the inventory levels of the properties for sale. This makes buying houses that are ready to move in more viable because the excess inventory keeps the prices in check, even for the duplex apartments in Hyderabad . Of course, a lot depends on the timeline of requirement, funds available as well as the buyer’s choice. If the buyer doesn’t have sufficient funds and doesn’t have an immediate requirement of possession, he can wait for the property to be constructed rather than investing in ready-to-move-in houses. Otherwise, it makes sense to go for houses that are ready to move in.

One good thing that comes with houses that are ready to move in is that you get exactly what you see. Unlike the maybe-promises that builders make when the house is under construction regarding the amenities and the infrastructure that would be available, especially for flats in some of the far off areas, like say, flats that are for sale in Gachibowli, houses that are ready to move in offer you the possibility of taking it at face value. While capital appreciation due to upcoming projects might be an issue, they still offer a certain peace of mind.

Related Topics:ready to move in flats in hyderabad
Up Next