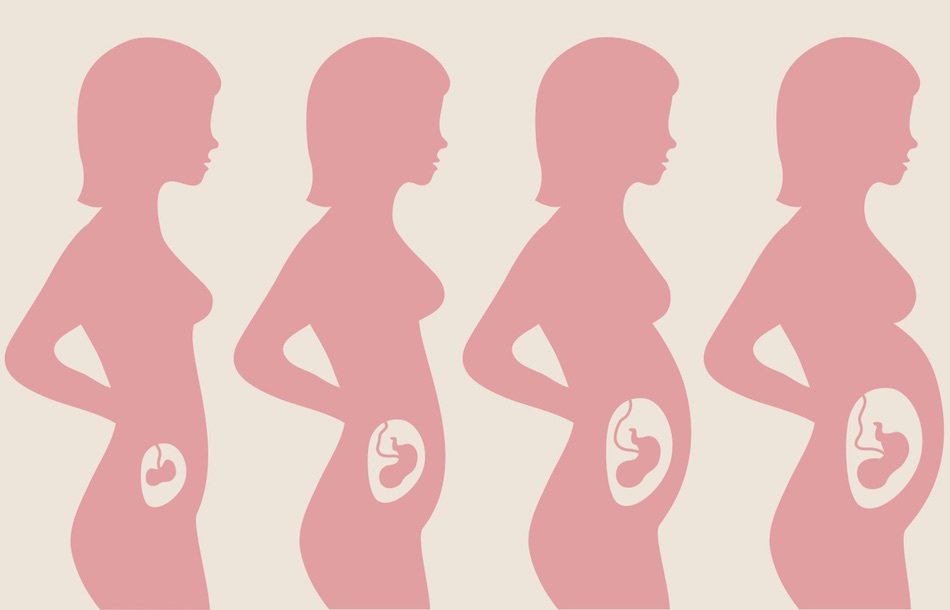 Motherhood is a blessing that nothing in this world can replace. But as we all know with blessings come the responsibilities that we can not avoid in any way. So here we will discuss pregnancy as a whole and its complications.

Trimester is a period of three months. And in pregnancy there are three halves of it and are known as first trimester, second trimester and the third trimester.

First trimester is from 1st month to 3rd month.

Second trimester is from 4th month to 6th month.

And last or the third trimester is from 7th month to 9th month.

Now we will discuss all the trimesters one by one.

First trimester is time duration of first three months of pregnancy. In the first trimester the egg divides into different layers of cells and enters the womb and keeps growing. Later it becomes the embyo which we call it with at this point. At this time the baby grows the fastest. When the women is 6th to 8 week pregnant the heartbeat of a baby can be heard. And at the 12th week the baby starts to grow the bones and muscles and becomes a fetus.

Following precautions must be taken during the first trimester of pregnancy.

Second trimester of pregnancy starts from the 4th month and ends at the 6th month. In the second trimester the baby starts to grow more strong and large. It is also called the best time for a pregnant women because problems like nausea and vomiting end and you start to feel relaxed.

There are many signs and symptoms of second trimester that include many physical changes and also changes in your health. Some of the signs are:

Things that should be done and that should not be done during the second trimester of pregnancy include:

There are some signs and symptoms for the third trimester of pregnancy. Some of them are:

These are all three trimesters of pregnancy. Health, diet and exercise are the three main points that mothers should really pay heed to and take them seriously.

Related Topics:8 week pregnant
Up Next

5 Tips to Enhance your Vaping Experience

Healthpulls guides you about all the early signs of pregnancy that you might be pregnant and all information you need to know regarding pregnancy.