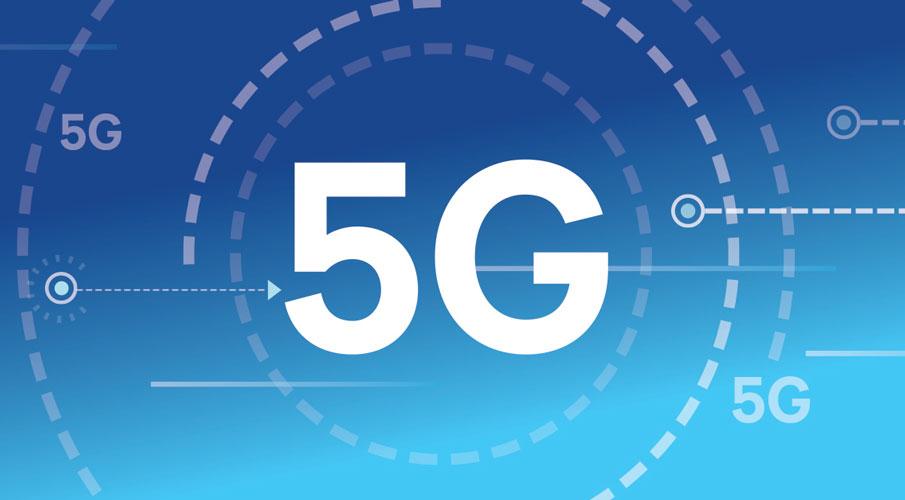 Anxiously anticipating 5G technology in 2019, the next generation of mobile wireless technology is just around the corner. The only problem is you may not get to enjoy it any time soon. The need of the times is that if you want to stay competitive in the global economy you’ll have to adopt 5G technology. Technology is all around us and countries need to stay up-to-date with technological advancements to continue evolving in the global economy. Competition for 5G is at a fever pitch around the globe. While 2019 to 2020 is probably when the first commercial 5G network will roll out, some countries are already poised to embrace the technology as early as 2018.

The following are six countries with the earliest and biggest 5G debuts:

Three South Korean companies were poised to launch mobile 5G in the country on December 1, 2018, namely, SK Telecom, LG Uplus, and KT Corporation. Currently, they’re only equipped to provide access to mobile 5G routers since 5G phones aren’t set to come out until March of 2019.

SK Telecom is offering its 5G service to the Myunghwa Industry manufacturing company, located in Ansan. They plan to provide 5G service in six cities – Busan, Incheon, Daegu, Daejeon, Ulsan, and Gwangju. The telecom company started its 5G service in 2017 before successfully using 5G in their self-driving test site K-City.

The other company providing the service is LG Uplus’ with its 5G network operational in Seoul and surrounding areas, LS Mtron being their first customer. With more than 4,000 5G base stations located in Incheon, Seoul, and Gyeonggi, the telecom company is poised to deploy over 7,000 more before the end of 2018.

KT Corporation is the third company in this lineup, which launched its 5G service at the Lotte World Tower in Seoul including six other areas namely, Jeju, Ulleungdo, and Dokdo, with plans to expand to 24 major cities. The company has teamed up with Intel to provide 5G service at the 2018 Olympic Winter Games in PyeongChang. It also plans to invest over $20 billion by 2023 in 5G and other innovative technologies.

Following a successful trial of a system from NEC Corp., KT Corporation deployed their 5G network with extremely high frequencies for transmitting data at up to 3.2 Gbps in the Taebaek Mountains, the venue for the 2018 Olympics. NEC’s iPasolink EX ultra-compact microwave system links between Long-Term Evolution (LTE) base stations to transfer data at frequencies of 70 to 80 GHz, which allows for more signal to transmit through the air than other systems and uses a form of encoding to let more data be transmitted. The other advantage is that it’s much easier than laying fiber for the links.

ICT and Broadcasting Technology Policy director at the Ministry of Science and ICT, Heo Won-Seok, is of the view that around five percent of the country’s mobile users will be on a 5G network by 2020, with 30 percent next year and almost 90 percent by 2026.

It may be mentioned here that 3 Hong Kong is in the early stages of 5G development. They tested their network outdoors in late 2018 in Causeway Bay attaining speeds over 2 Gb/s.

In an attempt to protect US citizens from Chinese cyber-attacks, the United States government feels it should nationalize 5G in the country. It’s pressurizing big companies like AT&T to not provide services to phones made in China, which might force Chinese telecom providers to delay the release of 5G technology set to be commercially available in 2020. Also, if you want to get on the bandwagon opt for any one of Spectrum Internet deals to enjoy uninterrupted and delay-free internet service.

However, the process may be slow in implementation even further as is the case with state-owned ventures. It may be mentioned, 4G technology was not implemented until late 2013. That’s several years after Korea, Japan, the United States, and other nations went 4G.

There is also speculation as to which Chinese telecommunications companies will be given 5G network licenses. It would be pertinent to mention here that China Mobile Ltd. acquired 4G network operations from 3G network operators China Telecom Corp. Ltd., in 2013, because they couldn’t provide the necessary requirements for 4G technology.

The island nation is ideally poised to deliver one of the world’s first commercial 5G deployments in Japan. Having partnered with Nokia, NTT DoCoMo, the country’s largest wireless carrier, it has been conducting initial real-world tests of its upcoming 5G network technology since October 2015 and expects to deploy its 5G network in time for the 2020 Summer Olympics in Tokyo.

Conducting a trial with Mitsubishi Electric in September 2018, NTT DoCoMo attained 25–27 Gbps download speeds with great success. This could be a precursor for a high-speed 5G network that works with cars and other vehicles.

In November 2018, NTT DoCoMo and Toyota tested controlling a humanoid robot on a 5G network. Previously tested tethered to a wire, Toyota’s robot, T-HR3, can now run remotely on 5G with low latency. The idea behind the robot was to safely support human activities in a variety of situations, also carrying out the same in homes and healthcare institutions.

The foundation has already been laid for use of 5G technology by 2020, in the United States by the Federal Communications Commission’s (FCC) Spectrum Frontiers Order. A lot of changes are expected with the next generation of this technology. We’ll get to enjoy a larger spectrum for wireless communication, smaller sizes of wireless cells including more modulation schemes, which will allow a larger number of wireless users to be on the spectrum. Just for your information, the 5G network provides one gigabit per second for connection speeds, shorter delays than 4G and millimeter wave (mmW) bands to support applications that require a large capacity.

The FCC began creating 5G technology standards in July 2016. With that the United States became the first country opening high-band spectrum for the technology. To explain a little more clearly, the spectrum bands can be used by licensed, unlicensed and other shared users, which is more than four times the amount of spectrum for use than in previous years. Moreover, around 15 times more unlicensed spectrum can be used than in previous years.

According to Swedish-Finnish operator Telia Company AB and Swedish provider Telefonaktiebolaget LM Ericsson, Stockholm, Sweden and Tallinn, Estonia, will also start using 5G technology in 2018. The companies that are sure to benefit from 5G will be in the tech industry with eventually flowing over into other areas such as the public through new services and applications. Digitalization of industries and the Internet of Things (IoT) will control self-driving cars and robots. Also, citizens living in the suburbs will get to enjoy higher bandwidth and better communication.

Turkey is fast moving towards a faster transition to 5G technology by 2020. Through working together, the 5GTR Forum, consisting of mobile network companies, Turkish public institutions, non-governmental organizations (NGOs) and domestic producers are sharing information and ideas to make Turkey one of the first countries to implement the technology. Turkey’s 5G networks will connect people, vehicles, objects, and cities at higher speeds with fewer delays.

The idea behind implementing 5G technology is to provide services to the common man and to boost domestic production through R&D. Turkish companies have to participate in R&D studies and help infrastructure as part of utilizing the technology.

Will it be Worth it?

The race is on to deploy new, powerful 5G technology globally that will transform how we live our lives, and conduct business. Despite US’s technological dominance in the past, it is lagging in a global contest that several other countries are gaining on.

According to a study, the US currently ranks third in the world when talking about 5G, behind China and South Korea. Other countries have made technological advances and US policymakers need to take immediate steps to give the country the competitive edge it’s lacking in this vital sector.

Apparently, 5G has brought about a paradigm shift in wireless mobile technology. Being 100 times faster than existing networks, it has opened up unprecedented advances like immersive virtual reality platforms, sophisticated health applications, Smart Cities, Internet of Things (IoT) and there’s more to come with the spill-over into other industries.

Preparatory work is underway to launch 5G. The greatest shift towards 5G technology is observed in the Asian region. However, the scenarios for 5G may differ depending on the region. As far as the afore-mentioned Asian countries are concerned, 5G’s main task will be to provide ultra-high-speed mobile data transmission. North America, in comparison, plans to use 5G to provide fixed wireless services. And in Europe, there are plans to use 5G to automate the production and creation of smart cities and transport systems.