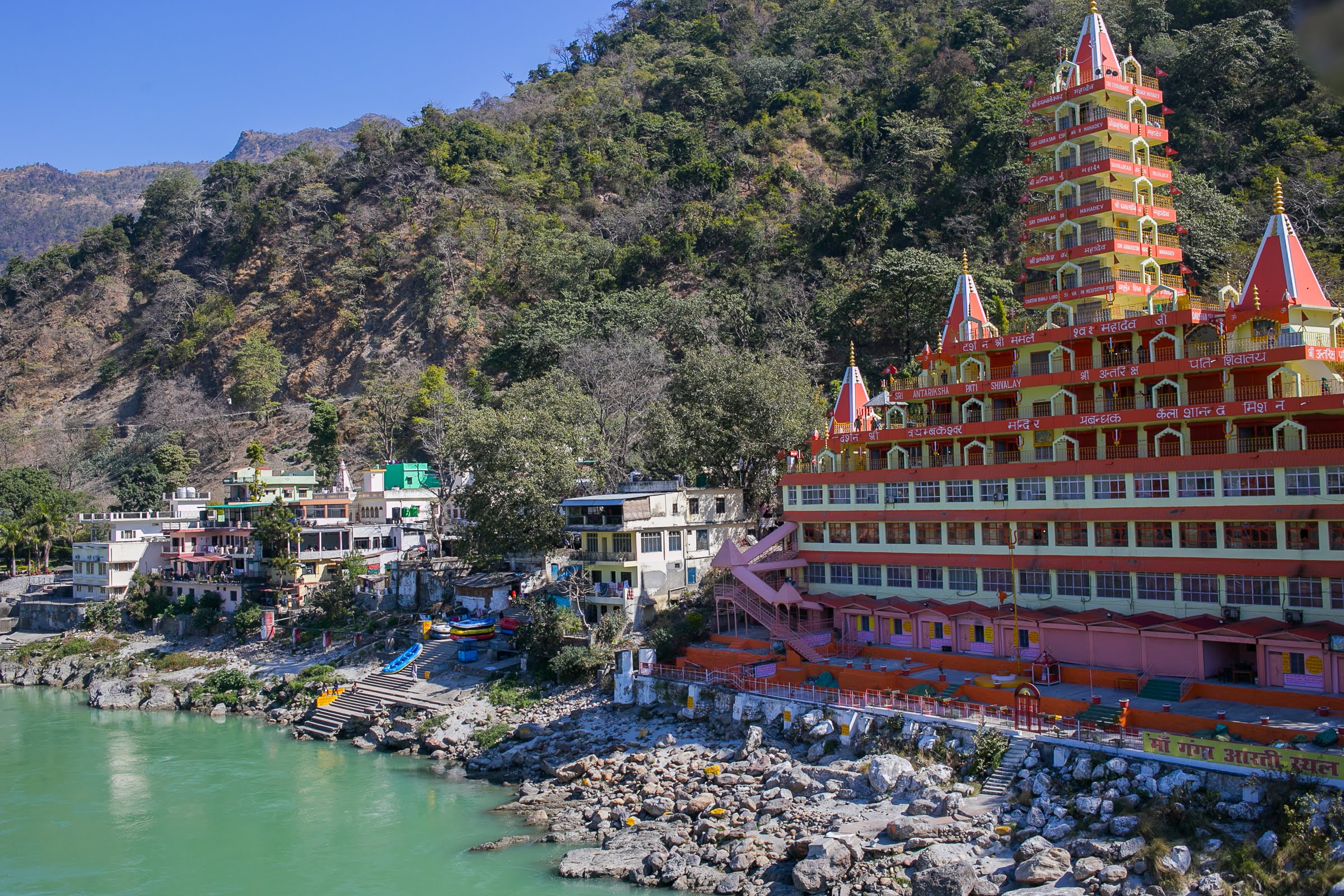 What comes to your mind first when someone says ‘Rishikesh’? The first few words that would pop up in your mind would probably be yoga, rafting, adventure, the Ganges, spirituality, temples and if you are a fan of ‘Beatles’ then it is very much likely that ‘The Beatles Ashram’ might strike your mind. Rishikesh is located in the foothills of the Himalayas where the Ganga and Chandrabhaga River converge. It has got the tag of the ‘Yoga Capital of the World’ and International yoga festival is celebrated here every year in the month of March for a week. Indian Yoga retreats are famous worldwide and Rishikesh holds many such retreats throughout the year.

The holy town has become highly popular as the top destination for spirituality in the world, especially after the association of Beatles with Maharishi Mahesh Yogi which was in the late ‘60s. It is the birthplace of yoga, so it is certain that it will have innumerable ashrams and various kinds of yoga and meditation classes. Apart from this, you can feel peaceful and divine bliss in the evening when you hear the temple bells ringing which means it is time for the ‘Ganga Aarti’.

Here are some interesting facts about Rishikesh:

Rishikesh is derived from the word Hrishika which means ‘senses’ and isha means lord. Thus, the name translates to ‘Lord of the senses’ which is also referred to Hindu god Vishnu. When Raibhya Rishi carried out his spiritual practices in this land, Vishnu appeared in front of him and hence the name Hrishika was given to Hindu god Vishnu.

Rishikesh is known as the gateway to the four Dhams. There are four popular temples at Char Dham locations which are Kedarnath, Badrinath, Gangotri, and Yamunotri. Thousands of people visit Rishikesh every year to learn spirituality, peace, yoga and immerse in salvation. Among them were the famous Beatles band, Kate Winslet, and many other celebrities. It is believed that in Rishikesh, meditation can get “immemorial” which means liberation from the cycle of death and rebirth and a dip in the holy Ganges.

The holy river Ganga flows in Rishikesh, and it is also believed that Lord Rama did penance in this city for killing Ravana. His younger brother, Lakhsman, crossed the river Ganges, and that is the reason for building the Lakshman Jhula Bridge using a jute rope bridge. That bridge was replaced in 1889 by iron-rope suspension.

There is hanging bridge, Ram Jhula. The year of its building is 1986 which is near Sivananda Nagar and Shatrughna Mandir, Bharat Mandir and Lakshman Mandir is near Lakshman Jhula. You can take can take a boat to cross over the river from the Jhula as well. On both sides of the bridge, you can find shops selling clothes, sacred pearls, shawls, precious and semi-precious stones, reproductions of deities, astrological gems, ayurvedic medicines and Vedic texts along with numerous signboards of yoga, meditation classes, and Ayurvedic massages.

The Triveni Ghat in Rishikesh is very famous for Ganga Aarti which attracts many visitors and preachers. Brahmin pundits perform Ganga Pooja reciting Vedic hymns. The place is crowded by people who come to see this pooja and offer cups of leaves, full of flowers and small oil lamps to the Goddess Ganges. The shining light, lamps, river Ganges and the beautiful atmosphere creates a peaceful visual and emotion enough to attract anyone to join the prayer.

Neelkanth Mahadev temple is around 30 km from Rishikesh and situated at a height of 1325 meters. It is the temple of Lord Shiva. According to mythology, Lord Shiva came here for meditation when he ate poison during sea churning. Due to the poison, Lord Shiva’s throat became blue in color, therefore he is known as ‘Neelkanth’ which means blue throated. Many people visit this temple during Shivaratri and Kanwar Mela. Timings of the temple are 05 am to 01 pm and from 04 pm to 9 pm

Rishikesh is also called “Yoga Capital of the World” because of various yoga centers in the city which attracts thousands of visitors every month. You can explore many options in yoga retreats India if you want to take your yoga a notch high.

Since Rishikesh is considered a holy town, you’ll not be able to find non-vegetarian food as well as alcohol in the town.

The literacy rate is around 86% compared to the national average of 74.04%.

Rishikesh has AIIMS, which is a popular six apex healthcare institution established by the Ministry of Health and Family Welfare, Government of India. AIIMS was opened with the goal of eradication of regional imbalances in the quality of healthcare in India. It has also helped students in attaining the graduate and postgraduate degrees in medical education and provides training to them.

The Beatles visited the place and John Lennon recorded “The Happy Rishikesh Song”. The Beatles Ashram is situated in Swarg Ashram. In February 1968, Beatles band came here to learn transcendental meditation. After their visit, Rishikesh became a famous destination worldwide for yoga and meditation practices.

Apart from spirituality, Rishikesh is also well known for adventure activities such as rafting, camping, trekking, and bungee jumping. There are plenty of operators available throughout the town. However, please check the license and all before you book the services.

Guide to historic houses in Maine

A born nomad, Om is always on the lookout for interesting places to visit. It took him 25 years of his life to realize where his true calling lies, but once that was done, there’s been no looking back. Since the last ten years that he is on the go, he has been sharing his travel experiences by writing about them.