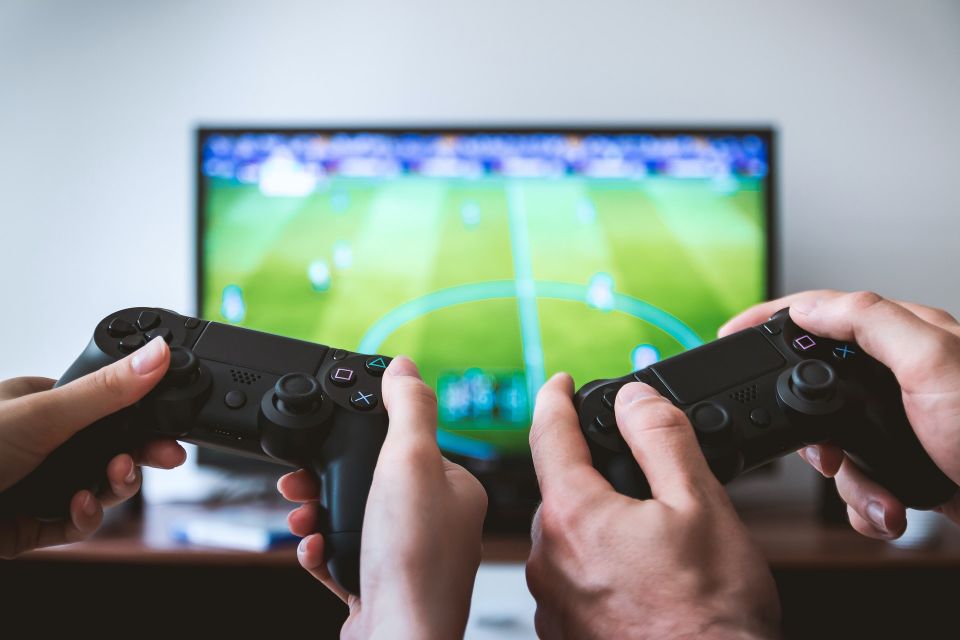 In 1982, Arthur Szathmary, professor of philosophy at Princeton University, said: “An old man I knew used to tell his students, ‘Find something you love to do and you will never have to work in your life. ”

What if what you love to do is play video games?

We are here to tell you that you can most definitely make money by playing games. And while it might take a lot of work, we’re still going to show you how. Read on.

As a streamer, you will play live for the viewing pleasure of the audience.

The trick here is to be smart: you need to build a large audience to monetize with ad revenue, as well as a smaller subset of your loyal audience, which can be monetized through donations and subscriptions.

It can take months to build an audience on either of these 2 platforms, but you could make decent money with both.

Your first step will be to add a donate button to your channel. It won’t necessarily make a lot of money, but donations can range from $ 1 to over $ 1,000 per amount. Donations can be increased through ‘bits’, which viewers earn by watching ads or attaching them directly on Twitch.

You will then be paid € 2.50 / month per Subscription, plus an additional € 250 / month for 100 subscribers in advertising revenue.

YouTube makes video games even easier to make money because unlike Twitch, your live streams stay online and can be watched by more viewers later.

Having said that, it can also be a bit more difficult to start making money. You will need to have at least 1,000 subscribers and 4,000 viewing hours in the past 12 months to become a YouTube partner. To start earning ad revenue (let’s say about $ 2 per 1,000 impressions), you will need to link your Google AdSense account.

Once you have over 1,000 active subscribers, you can join YouTube Red, which earns you a percentage of the membership fee. You can also enable Super Chat, where viewers pay a small fee to have their comments broadcast live.

Like any other product, games must go through a testing period before the official launch. And once they’re launched, obviously they want to expand their reach through reviews by real players.

This is where you come in: you can earn money by playing games as a tester / or by giving your opinion.

The hard part is building a reputation in advance. After all, not just anyone is going to pay you to test games, videos, and/or review a game. Fortunately, if you’ve already started live streaming, you can use your followers. As leverage.

The downside to becoming a tester is that not all the games you are going to play will be terribly exciting. In fact, they can even be downright boring. And they are very likely to be full of significant flaws.

This is also the interest of the testers: identify dysfunctions and bugs before launching the games. And you could earn an average of € 54,833 per year – up to € 62,885 if you have more than 6 years of experience.

It takes a little more work. You can create a blog or YouTube channel specifically for game reviews.

If you go for YouTube, you will be able to earn money in the same way as streaming, by becoming a YouTube partner and earning ad revenue through your Google AdSense account.

But you can also earn money using Kickstarter or Patreon.

You can also enter into affiliate partnerships with game producers and/or distributors to earn a percentage of sales made through your blog and/or YouTube channel. And with your blog, you can eventually start making money by selling ad space to these same companies.

Let’s face it: YouTube is the second most popular website, period. According to these statistics from 2018, there are almost 2 billion monthly active users who watch 5 billion videos every day.

This makes YouTube a very lucrative platform to jump on if you want to play games for real money. What do you think of a six-figure income as a top YouTuber?

And it doesn’t stop with streaming and/or posting reviews.

You’ll still use the same basic tactics here, of course: become a YouTube partner, link your Google AdSense account, add affiliate links, and a donation method. But what you post will be slightly different.

Chances are, you’ve found a game you’re interested in, but you don’t want to spend the money until you know if the game is going to appeal to you.

So what are you doing? You go to YouTube and look for the gameplay of the game.

It’s slightly different from a tutorial or presentation in how we generally think of such things. Instead of being shown how to play the game, you see what it’s like to play it.

All you have to do is a record and upload your own gameplay. Add good humor and humorous comments to help you stand out from the crowd.

Okay, now we come to the traditional type of videos: a video where you explain what you do and how to do it.

Obviously, you will have to have played the game several times and have already discovered everything. If not, that’s okay – sometimes beginners like to watch someone else learn through chess. And newbies are your primary target market, after all.

Your imagination and your experience are your only limits.

Let’s face it – you are going to have a lot of competition to make money online using the above suggestions. Of course, that doesn’t mean you shouldn’t continue to take advantage of the opportunities listed. The key is to find as many opportunities as possible, after all.

That’s why we’ve added this section on other ways to get into the gaming world. With a little creativity and time, these activities can be just as lucrative.

Oh – you thought we were going to list some easier ways to play games for real money?

Video game tournaments are very competitive. You are going to have to spend hours practicing to become an expert in games like Fortnite. Part of this time will be spent building your reputation in the gaming community and joining a professional team to participate in tournaments.

There are a lot of things to consider – and being a gamer isn’t your only option either. But the prices are worth it, often in the 6-figure sphere (just like wages).

It can be as difficult as becoming a professional gamer, and even more so. You don’t necessarily need to have been a pro yourself, but you are going to need to practice just as much.

If you’re willing to put in the hours and learn everything you need to know to become an esports coach, you can earn anywhere from $ 30,000 to $ 50,000 per year.

Paul “ReDeYe” Chaloner, one of the most famous esports animators, recommends starting as a shoutcaster. It is about analyzing a live esports match. Chaloner says it will help you gain experience in commenting correctly: the art of pacing and structuring your commentary well.

A better way is to use your streaming platforms to host parties informally. Over time, you will gain recognition in the community.

Becoming a video game journalist is definitely more work than just playing a video game to earn money. In addition to knowing how to play, you will also need to have taken journalism courses.

As a video game reporter, you will be doing more than just writing reviews. You’ll also need to cover events, launches, developments, other newsworthy news, and conduct interviews – just like any other journalist.

Start as a freelance writer with your own Blog, which you can monetize with ad revenue, affiliate, and even Patreon subscriptions. You can potentially earn money by posting articles for more established sites.

Farming is, it is true, a practice that is frowned upon in certain communities of players. Some games don’t even allow it.

Farming is the process of leveling a character up and selling them to the highest bidder. Some characters can sell for up to $ 1,000 depending on the game, which can be worth spending hours leveling up. To do it, even more, make sure you know how to level up fast.

As a bonus, if you’re pretty good at collecting CS: GO skins, you can sell them while setting up your account.

Ok, this doesn’t directly involve playing for real money, but you’re going to be spending a lot of time playing anyway.

The more experience you have (and the more games you play, especially with a particular publisher) the better your chances of using those skills to make money by providing customer support to other gamers.

Sometimes you will be able to secure a position by contacting the publisher or distributor directly. You won’t necessarily have to work in an office, as there are sometimes home workstations available.

Gambling is one of the best pastimes. We’ve put it on the same level as reading, as both allow you to fully immerse yourself in a storyline that takes place in a world that’s totally different from ours. This kind of escape is pretty awesome.

But when you start playing for real money – no matter how you do it – some of that magic can be lost.

As lucrative as it may be, you might have to consider whether the money is worth trading in your escape. Maybe yes, maybe no, it’s up to you.

If you do decide to try and make money playing games, then at least now you have a pretty good idea of how to do it!

In order to support you on a daily basis in your work and help you select the products according to their use, Elexoft tech presents a selection of technical advice by family (transmission, machining, PPE, etc.)